Ann Drysdale was born near Manchester, brought up in London and has lived in various places, including a narrowboat in the Midlands and a smallholding on the North York Moors. Since then she has written memoirs, essays and a gonzo guidebook to Newport. Feeling Unusual, her eighth book of poems, was released this year by Shoestring Press.

Angela France teaches creative writing at the University of Gloucestershire and in various community settings. She founded, and runs, ‘Buzzwords’, Cheltenham’s longest running reading series. She has published four books with Nine Arches Press, including The Hill, which was developed into a live multi-media poetry show. Her latest collection, Terminarchy, was published in 2021.

“Ann Drysdale's clear-eyed and amused takes on life continue to manifest in sharp and tender poems that carry the weight of this troubled world with deceptive lightness. She is a bit of a national treasure.” — Penelope Shuttle

“[Angela France offers] searing poetic insight into – and beyond – the human mind, and its relationship with nature.  A voyage of discovery along the contours between words and silence.” —Matthew Oates 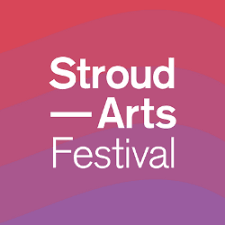